What projects are you currently working on at MIT?

How can new tech improve the lives of urban citizens?

Is it fair to forfeit data/privacy for efficiency?

Is it inevitable with the rapid advancement of tech?

Is surveillance justified by threats of terror/crime?

How can we avoid tech worsening existing inequalities?

How can companies sell smart cities to the public?

Who will assume the costs of outdated smart city tech?

What happens if a city’s “operating system” goes wrong?

Might excellent “dumb” cities do better in the long run?

What place does tech have in cities?

How do you see the future of the digital revolution?

Is the future going to be more or less inclusive?

How do we build a more equitable digital society?

What will be the most radical tech of the near future?

What’s the biggest social challenge of the near future?

Carlo Ratti is an architect, engineer and teacher at MIT, where he directs the Senseable City Lab. He is founding partner of Carlo Ratti Associati, the international design and innovation office. In the last decade, Carlo has given talks around the world on the theme of Smart Cities, while his work has been exhibited at international venues including the Venice Biennale, New York’s MoMA, London’s Science Museum and Barcelona’s Design Museum. Two of his projects – the Digital Water Pavilion and the Copenhagen Wheel – were hailed by Time Magazine as “Best Inventions of the Year.” He has been included in Blueprint Magazine’s “25 People Who Will Change the World of Design” and in Wired Magazine’s “Smart List: 50 people who will change the world.” He is currently serving as co-chair of the World Economic Forum Global Council on the Future of Cities and Urbanization.

What projects are you currently working on at MIT Senseable City Lab?

At Senseable City Lab (SCL) we aim to investigate how technology is changing and can improve our cities. We are doing this across many verticals – from mobility to health, from energy to infrastructure. For instance, if we focus on mobility, our project Minimum Fleet has calculated the minimum number of taxis that would be needed in New York City to address all mobility needs (with projected use of efficient algorithms matching passenger needs to vehicle availability). It allowed us to estimate that the taxi fleet could be reduced by 40%. More recently, Urban Sensing measured the power of city taxis as sensing devices, showing that the number of vehicles that would be required to adequately scan a city would be as low as 10 in Manhattan, with similar results in cities across the globe. Scientific results were published in Nature and PNAS and you can find the links here.

In what key areas can emerging technology really improve the lives of citizens in urban areas?

The concept of Senseable City is simply the manifestation of a broad technological trend: the Internet is entering the spaces we live in and is becoming the Internet of Things, allowing us to create myriad sensing actuating loops that were not possible before. We like to imagine that our cities are becoming “Senseable” – with its double meaning, both ‘able to sense’ and ‘sensible’. We like the word ‘Senseable city’, as opposed to ‘Smart city’, as the former puts the emphasis on the human – as opposed to technological – side of things.

Applications are manifold, as we were just saying: from energy to waste management, from mobility to water distribution, from city planning to citizen engagement. In our projects, we aim to explore how the Internet of Things is opening up a new approach to the study of the built environment. We want to investigate and intervene at the interface between people, technologies and the city – developing research and applications that empower citizens to make choices that result in a more livable urban condition for all.

Is forfeiting your personal data and privacy for greater efficiency a fair trade?

I am afraid that our personal data has already been forfeited: since the advent of smartphones around 10 years ago, a large amount of data points about our lives are collected every minute – and the number is increasing exponentially. Today, this data is in the hands of some powerful companies and states – so we should take action. First, let’s use at least the data to better understand the city, to inform the design and to improve our lifestyle – empowering citizens to take urban action. Second, let’s have an important political debate: who has access to the data? What is it used for? Towards this goal, at MIT we have been working extensively on the ethical and moral issues connected to Big Data. In 2013, we launched an initiative called “Engaging Data” involving leading figures from government, privacy rights groups, academia, and business. I think it is crucial to have an open, frank, collective discussion.

Is it an inevitable consequence of the rapid advancement of technologies?

It is the result of our inability to talk about technology and have a political conversation about it. 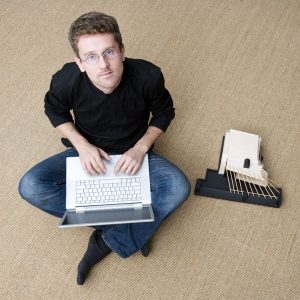 Is nationwide surveillance justified by concerns over terrorism and the prevention of crime?

Again, I think that we should all have a political discussion about this. But in most countries (not all), I would be more concerned about the surveillance which is happening in our pockets by whoever runs the operating systems of our smartphones – as we were just saying – than about the data collected by governments for national security.

For vulnerable communities, without proper oversight, facial recognition technology has the potential to exacerbate existing inequalities. How can this be avoided?

You are absolutely right – facial recognition technology has the potential to exacerbate existing inequalities. Unfortunately, that is true of every new technology – and facial recognition is one of the most powerful ones. At a societal level we have put regulations in place around how some dangerous technologies should be used (think about firearms in most developed countries, with the one I live in being a notable exception…) we should do the same with facial recognition. It is a pressing issue…

There has been a backlash against many emerging technologies. How can private companies better sell their smart city vision to the public?

I think that we should keep private sellers at bay – and listen first to people. Conversely, we should encourage startups to come up with new innovations and create a healthy feedback loop between governments and citizens.

New technology in 2015 will be outdated before 2020. If we widely deploy smart tech in cities, we need to be prepared to replace it every few years, with the associated disruption and cost. But who will assume those costs?

Technology gets outdated quickly, but not human needs. If we start from the latter, obsolescence is less of an issue.

Wireless broadband, sensors embedded into the urban fabric, even home appliances are all becoming part of the so-called “Internet of Things”. If an entire city has an “operating system”, what happens when it all goes wrong?

To answer with an analogy, what is happening in cities today is similar to what happened two decades ago in Formula One auto racing. Up to that point, success on the circuit was primarily credited to a car’s mechanics and the driver’s capabilities. But then telemetry technology blossomed. The car was transformed into a computer that was monitored in real time by thousands of sensors, becoming “intelligent” and better able to respond to the conditions of the race.

In a similar way, over the past decade digital technologies have begun to blanket our cities, forming the backbone of a large, intelligent infrastructure. However, we should never build an OS for a city in the same way we build an OS for a laptop or a server. We need new IT architectures, which should be more inspired by nature – think about our immune system.

Hacking into information systems is nothing new; it goes hand in hand with the emergence of telecommunications. One of the first attacks struck Guglielmo Marconi’s demonstration of radio transmission in 1903, when he communicated from Cornwall to London, 300 miles away. Nevil Maskelyne, a music-hall magician and would-be wireless tycoon, who had been frustrated by the Italian inventor’s patents, managed to take control of the system and broadcast obscene messages to the Royal Institution’s scandalized audience.

How can we avoid hacking in today’s Smart Cities? One option, surprisingly, could be to promote widespread adoption of hacking itself. Familiarity with hackers’ tools and methods provides a powerful advantage in diagnosing the strength of existing systems, and even in designing tighter security from the bottom up – a practice known as “white hat” hacking. Ethical infiltration enables a security team to render digital networks more resistant to attack by identifying the flaws. This may become routine practice – a kind of cyber fire drill – for governments and businesses, even as academic and industry research focuses in the coming years on the development of further technical safeguards.

While there will always be a place for new technology in our urban infrastructure, might excellent “dumb” cities do better than smart ones in the long run?

Every city has its own answers and follows its natural course, but technological contamination is unavoidable. Closing our eyes and pretending this isn’t happening does not help…

"Tech has a place in cities, but that place is not everywhere.” Do you agree?

Tech has a place in cities where citizens collectively so decide. Not where you or I arbitrarily choose.

How do you see the digital revolution developing over the next decade?

Leaving the digital realm and embedding itself in cities, objects and bodies.

Is the future going to be more or less inclusive?

I hope it is more inclusive – we should all work towards that goal.

What is the key to building a more equitable digital society?

Which technology will be the most radical in the near future?

Internet of Things and the multiplication of connectivity.

What will be the biggest social challenge over the next few years?

Involving people in collective decisions will be the most revolutionary goal. To achieve it, we should pursue a constant focus on people’s needs and all our efforts should lead to giving people efficient tools to be collaborative.

On a more general note, I just wanted to reassure you: I am not a fan of technology per se. But I believe in the exogenous nature of technology (a bit like Samuel Butler at the time of Charles Darwin) and in its inescapability. So our best option is to experiment with it, discuss it collectively and decide how to use it. The great American inventor Buckminster Fuller once said that “We are called to be architects of the future, not its victims”. If we do not experiment with technology, we will just end up as its victims.