What motivates people to work for Glovo?

How would you define Glovo’s relationship with its riders?

Can a company remain robust and stable with such changing workforce?

Are the private and public sector working to protect gig-workers?

How are governments dealing with the labour platforms?

And what would be the case in Spain?

Is the gig economy a long term development?

Carlota Marzo is Global public policy specialist at Glovo Barcelona. She devoted previous years to Public Affairs consulting, working with companies across the technological, energy and pharmaceutical fields. We spoke to her about Glovo, it’s riders and how governments are dealing with the rise of the gig economy.

What motivates people to work for a company like Glovo?

The reason people are motivated to work for a platform like Glovo is mainly that it offers easy access. There are no barriers to access. You have a lot of flexibility so you can choose the hours you want to work. You can choose when you want to work and you can change your mind. It’s also an easy income. So if you need to make money at some point in your life you can just sign up and start working. So it’s an activity that on some occasions may fit your needs and expectations.

How would you define Glovo’s relationship with its delivery riders?

The relationship between Glovo and the riders, is both complex and constructive, as you can imagine. Constructive because in order for the platform, for the company, to improve both its current operations and to see where we’re going, the, the rider’s feedback is essential. So we set up regular meetings with them, but also, in the context, it’s pretty complex too.

How is it complex?

It’s complex because, currently most of these platform companies are in a kind of legal limbo, I would call it. There’s a lot of legal uncertainty. You never know to which extent what you’re doing to try to improve things is 100% legal, even if it’s good for all the people working with Glovo it may not be something that ensures that the company is compliant legally speaking. So that’s where we are are now.

How can a company remain robust and stable with a constantly changing workforce?

Well that’s part of the challenge. We count on the fact that we’re offering a kind of flexibility to people’s careers.

We cannot always count on the same people to be collaborating with us. So we are putting a lot of effort into this, putting a lot of resources behind it at the headquarters in order to continue to be able to offer all the benefits that this kind of work can bring to people.

Is the private sector working with the public sector to protect gig-workers rights?

Yes. The private sector and the public sector are working together, more than working I would say they’re speaking, they’re trying to find a space for a dialogue to find out which direction we should take to find better solutions that can protect all workers, no matter what or who you’re working for. If it’s a platform, a regular, traditional company, if you’re an employee, if you’re a self employed worker, in the end, these kinds of technologies are just bringing to the table all the problems that the delivery market already had, such as which workers are more or less protected. And we’re working together, companies and the public sector, to see which tools we can put in place to improve these issues. 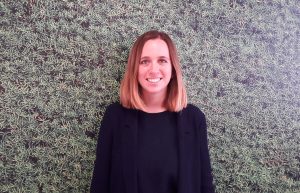 How are governments dealing with the rise of labour platforms?

I would say that governments are dealing with the rise of platforms in very different ways. There are a few governments, such as the UK government and some states in the US, that are being more brave in this sense, trying to address the issue, commissioning reports to better understand the phenomenon, to understand the extent of this phenomenon, and to understand who is engaging in these kinds of activities.

But most other governments are still in a kind of expectant mood, trying to see how it evolves. And it’s mostly the private sector, together with think tanks and other entities, that are trying to find solutions that can be implemented by the government.

And what would be the case in Spain?

I think that the Spanish government, with the rise of platforms in Spain, has a real opportunity to lead the way in Europe. Europe has put a strong focus on the European pillar of social rights and has just passed a directive related to atypical forms of work. So I think it’s an opportunity for all of us, including the government, to start finding, or at least putting on the table, creative and innovative solutions to address the challenges that these new economies bring.

Is the gig economy a long term development? Is it going to be the future of work?

Recent developments are pointing out the fact that the gig economy is a phenomenon that is going to rise in future. We’re just seeing now how it’s starting, but it will broaden and play a bigger role in the market. So that’s why we think it’s really important that the government does not address this as a problem, but as something that may be the future, and this is not bad as long as we regulate it properly and we put the mechanisms in place to ensure all workers are protected.