What are makers, and how important is the maker economy today?

Is this the revolution we need?

Can this coexist with a consumption-based economy?

What have been the best ideas you have seen so far?

Can these weeks change the way we consume from now on?

Has the maker movement been partially a fad?

Do you think that innovation is, effectively, outside large corporations and in movements like that of makers?

Can successful entrepreneurs like Elon Musk or the late Steve Jobs be considered today as makers?

César García is an independent researcher and communicator whose work focuses on exploring the potential of new technologies, such as Digital Manufacturing and the Internet of Things, and their impact at a social and educational level. He is a Technical Systems Engineer and Graduate in East Asian Studies from the Open University of Catalonia, as well as a Fab Academy Digital Manufacturing program graduate.

His works aims to strengthen the network of digital manufacturing spaces, help disseminate the maker culture, explore new models of collaboration and learning, analyze the potential of the Internet of Things and investigate how they can foster the digital transformation of organizations.

I work as a researcher and trainer in new technologies. I specialise in the Internet of Things, the maker movement and digital manufacturing. I combine this work with my participation in maker communities and on issues related to citizen participation. I share what I learn via a podcast and YouTube channel called La Hora Maker.

What are makers, and how important is the maker economy today?

Makers are people with great curiosity who employ different tools for rapid prototyping, such as 3D printers or electronic boards like Arduino, to be able to materialise projects.

In addition to these digital tools, they can use more conventional tools to unleash creativity.

Many makers have multiple concerns and have combined different studies throughout their lives, from engineering to computer science, fashion, plastic arts, etc. One of the key features of this group is their interest in free culture. Usually they are interested in sharing their inventions with others, with licenses that allow anyone to learn how they built their inventions. Often, these makers are found in spaces known as makespaces or fablabs, to make use of shared tools.

TIME magazine describes makers as the movement "that can provide anyone with the tools to go from being mere consumers to creators." Is this the revolution we need? Why?

Over the last few weeks I have been observing a makers’ image that is a bit removed from reality across multiple media.

There are many makers who have creative professions related to prototyping, electronics, 3D printing, robotics, etc. Many other makers understand it as a hobby, as a way to see the world and approach all kinds of fascinating problems. These people may be working in large companies and dedicating their leisure time to creating, purely out of passion, connecting with other makers who share this same way of seeing the world.

Within the consumer spectrum versus self-sufficiency there are many nuances. On the one hand, digital manufacturing tools can create different elements to today, but these represent a very small percentage compared to the total number of things we need every day: from services online, to utilities to things as basic as food.

Yes, I think that within the maker movement, they bet on values such as the opening of knowledge and collaboration. In most aspects, there are makers who advocate responsible consumption, reuse and recycling but there are other people passionate about technology who are interested in trying out the latest tech, that arrived directly from Shenzhen (China).

Can this coexist with a consumption-based economy?

Makers are integrated into the current economy. It is true they can produce different elements using different tools, but we are far from being able to create almost any trivial thing. This does not mean that there is no margin for improvement for many processes or technologies, to make them more accessible. For example, our economy right now is based on a linear model in which goods are produced, used and then discarded.

If we aspire to a less polluted world, we can redesign these processes to be circular. This would involve more modular designs, which could be easily repaired or decompose into simple elements for recycling and reuse. Many of the tools that Makers use facilitate this type of process, from 3D printing or open modular designs to simply sharing the code so other people can learn. 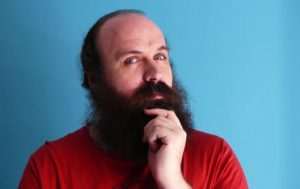 You are one of the curators of the coronavirus makers forum, a meeting point for people and groups who want to provide solutions to needs generated by the pandemic themselves. What have been the best ideas you have seen so far?

The forum started as a way to channel all the knowledge and energy from the groups that spontaneously emerged on Telegram. In the initial moment, the first efforts were focused on creating open source respirators, allowing anyone in the world to create their own version using 3D printing. As these groups were growing, it emerged that there were many other interests, groups and knowledge, so we began to deal with other ideas.

Perhaps the most visible design is the 3D printed visor, which combines with a transparent sheet to protect people against splashes in areas with high viral load.

Apart from this design, there are many other projects that are in development right now, such as 3D printed goggles, face masks ICU grade silicone, dialysis machines, ear protectors so people can wear the masks more comfortably, etc.

The key in these cases has been the flexibility of the group to detect new needs from neighbours, family and  friends on the front line against the virus and turn them into models, collaboratively created using 3D printers driven by many people voluntarily.

Can these weeks change the way we consume from now on?

The current confinement situation with COVID-19 is already changing our work and consumption habits. All over the world online platforms are receiving a record number of orders, putting traditional neighbourhood trade in check. A few months ago it was complex to implement a policy for teleworking and from one day to the next many companies have had to adopt this format.

This pandemic has undoubtedly accelerated digitisation and telecommuting in companies. These months of work will extract learnings that will help organise work in a more flexible, results-focused and more distributed way.

At the beginning of the last decade, the number of companies dedicated to 3D printing, many had maker origins. Over the years, these companies have consolidated, as in almost any scope, into several much larger companies through mergers and acquisitions.

This process allowed for cheaper 3D printers, which went from costing several thousand euros to amounts close to a thousand euros. The incursion of new Chinese manufacturers, with low-cost models, has allowed further lowering of that price to hundreds of euros.

This has allowed many more people to join and discover 3D printing first hand. It is this that has allowed communities of coronavirus makers to produce over 850,000 visors distributed in a way that the machines, materials and knowledge necessary to use them were more accessible than ever.

The maker movement ,as such, has evolved over time and I think open learning and collaboration processes are much more important than the specific technology of the factory.

In an article in MITSloan magazine, the maker movement is discussed as the creative current that can combat the critical culture that prevails in companies, in which 15% of the time is spent in meetings dedicated to evaluating projects. In these, he adds, participants generally prefer to criticise rather than be criticised, and they hardly risk proposing new ideas. Do you think that innovation is, effectively, outside large corporations and in movements like that of makers?

Many large companies like Airbus, Stanley or Microsoft are starting to incorporate maker spaces for prototyping.

This will allow them to evaluate ideas much faster, since instead of keeping the design abstract, it materialises it in an agile way. It facilitates conversations around a particular prototype and helps

Evaluate it with real use cases. Right now these spaces complement other dynamics within the work environment. The challenge is mainly – how to fit the company incentive policies within these new spaces? Are they spaces that can be used by everyone? Only with a permission from someone? What hours are they open? How is what is transferred Do you invent the rest of the production processes in these spaces?

From my point of view the main challenge is how to make these spaces serve as an interface and enable open innovation processes. In Many cases they are creating spaces with many machines, but that follow traditional dynamics and are closed to the outside, working the same as before. The challenge is how to add external inputs, collaborate with people outside the company and ensure that this relationship is fair and reciprocal for all parties involved.

Can successful entrepreneurs like Elon Musk or the late Steve Jobs be considered today as makers? What other examples of success are there?

From my point of view Steve Jobs and Elon Musk are not makers. They are creative, visionary people with multiple interests and with the ability to organise large teams to materialise their ideas. Yes we think of the original team at Apple, Wozniak would be the person with a role more similar to the one we now understand as a maker, combining different electronic elements to create the first prototypes and from there, being able to improve them quickly.

Many of the projects better known as Reprap, have thousands of collaborators around the world. The potential of the maker lies in these communities working openly and collaboratively.

For many people, the maker is a creative facet in their lives, a hobby, which complements his usual day-to-day work. Through this practice, he or she can discover new things, learn to materialise their ideas and are kept up to date. Any maker who gets down to business work to work on a project and gets it done is, for me, a success story.