When and how should children be introduced to the internet?

What are the main dangers of the internet for children?

Is more online criminal activity being detected during the lockdown?

Do the big tech companies, as well as social networks, put benefits before child protection?

Do you consider that the law is lax towards these companies in this regard?

Silvia Barrera is an Inspector of the National Police (Spain) specialized in cyber security and cyber crime investigation. She has directed the social networks and digital forensics investigation group in of the Technological Investigation Unit of the Police, as well as international work groups in EUROPOL and INTERPOL in the field of cyber crime. She is also the author of three books on cyber security. One of them is 'Our Children on the Net: 50 Things We Must Know for Good Digital Prevention'.

I am currently in charge of the Internet Technological Research Group of the National Police Headquarters of La Rioja (Spain). We also support colleagues in the judicial police who require technical advice as well as other legal proceedings. I also carry out informative and preventive tasks by writting or giving, when possible, talks on these topics either officially or in a private way.

When and how should children be introduced to the internet?

Gradually. If they are not interested in the virtual world we shouldn’t rush it by offering them a device they don’t need. Providing them with a smart phone is a key moment that means greater independence and freedom of movement. At that point, we must reach an agreement with a series of guidelines and rules, preferably in written form, establishing when and how to use the internet.

We must also build a climate of trust, take an interest in their cyberworld and not criminalize their use of the Internet. Internet is useful for us and for them, it’s necessary in certain areas but it’s risky and they are exposed. It is the role of the parents to teach them how to navigate through them.

What are the main dangers of the internet for children?

Addictions, overexposure, quick gratification, controlling relationships between minors, the adoption of adult roles and abandonment of social skills happen in many homes.

On the Internet there are no filters or limits, it’s a world designed by and for adults. Filters must be set by parents. Thus, starting from there, if parents do not set norms or limits from the very beginning, children are as likely of being harassed, humiliated, cheated or victimised by pedophiles. They can also as easily consume (child) pornography, violent or harmful content, and develop addictions or other issues due to overexposure. The difference? They are more vulnerable because they have more desire to experiment.

The way we use the internet poses another risk. Many negative situations stem from behavioral risk by the minor and the lack of supervision and control of the parents.

Hence, before providing children with a smartphone, we must set certain rules, limits and conditions to going online. The mobile is not an acquired right or a necessity. 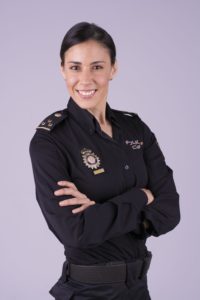 During the current pandemic, an estimated 1.5 million children are connecting to the internet for the first time. Is more criminal activity being detected in networks with children as a target?

I have no record of it. Those kinds of reports will come, I suppose in a few months with more concrete studies. There is an undeniable fact and that is that there has been a significant increase in connected minors, many of them also for the first time. This translates into a longer exposure time, making use of the Internet, with greater activity and, therefore, also the probability that this criminal activity of any kind increases. Keep in mind that children have spent many days without being able to communicate or relate to their peers if it is not through a device and they will also be making use of instant messaging applications, for example, when they were not used to or were not allowed to.

Finally, we must not forget that the bad guys are aware that in this hard time of confinement families are more vulnerable and that supervision is more difficult because it is impossible to be aware of what they are doing on the Internet all day when you have to combine it with housework, family life, teletraining, teleworking, etc. They take advantage of this circumstance to seek an approach to minors, in any way or to publish and share harmful content.

In September 2019, Google was sentenced to pay a $ 170 million fine in the United States for violating the online child protection law and illegally collecting information from minors to offer them personalized advertising. Do the big information technologies, as well as social networks, put benefits before child protection?

Social and technological networks are companies, in addition to the most profitable and powerful in the world, and their clients are users, minors and adults.

Regardless of the adoption of certain actions or campaigns carried out for corporate responsibility and image, their objective is to earn money, not to work for others for free or to take care of minors when, for that, their parents are the ones who must take responsibility for them.

Recently, both the United States and the United Kingdom have passed laws to increase online child protection, forcing big tech companies to evaluate content that is potentially harmful to minors. Do you consider that the law is lax towards these companies in this regard?

I am not a lawyer to assess the appropriateness of certain laws. However, as a computer scientist and researcher I can tell you that the applications bring with them some terms and conditions (unless they do not comply with them and are not duly reported), in which it is made explicit, or must be made clear, what type of content and controls they incorporate in these applications.

If the content they offer is intended for minors, of course they must be very cautious with the information published and remove everything that poses a risk or is counterproductive to the child’s development. Have an agile reporting, analysis and withdraw policy.

If the platform is adult and incorporates material aimed at minors, there is always a risk in these platforms that inappropriate content will “sneak into” a channel that does not comply with the regulations, but this cannot and should not pretend the technological companies doing a job of supervision that corresponds to the parents.