The event, held in Barcelona, gathered worldwide professionals and ground-breaking thinkers to discuss the digital transformation.

click here to see the program and the outputs

Technology is vital in the future of cities and societies. And that is why it is vital to think about how this digital transformation will leave no one behind; cities are made of people, individuals with many different realities – only by securing equality we can bring everybody together. This humanistic point of view was the key element of the “Humanism in the Digital Age: the urban contribution” event that the Digital Future Society held in Barcelona on November 15th, 2021.

Lots of conversations, interviews, keynotes and conferences shed light on various matters that civil society is many times unaware of, although it’s the principal sufferer of the consequences. The opening ceremony welcomed Carme Artigas, Secretary of State of Digitalization and AI of the Government of Spain, Laia Bonet, the Deputy Mayor of Barcelona for the 2030 Agenda, Digital Transition and International Relations, and Cristina Colom, the Digital Future Society Director. Artigas explained how Barcelona was meant to become the capital for digital humanism and highlighted the critical role of cities in reinventing themselves. 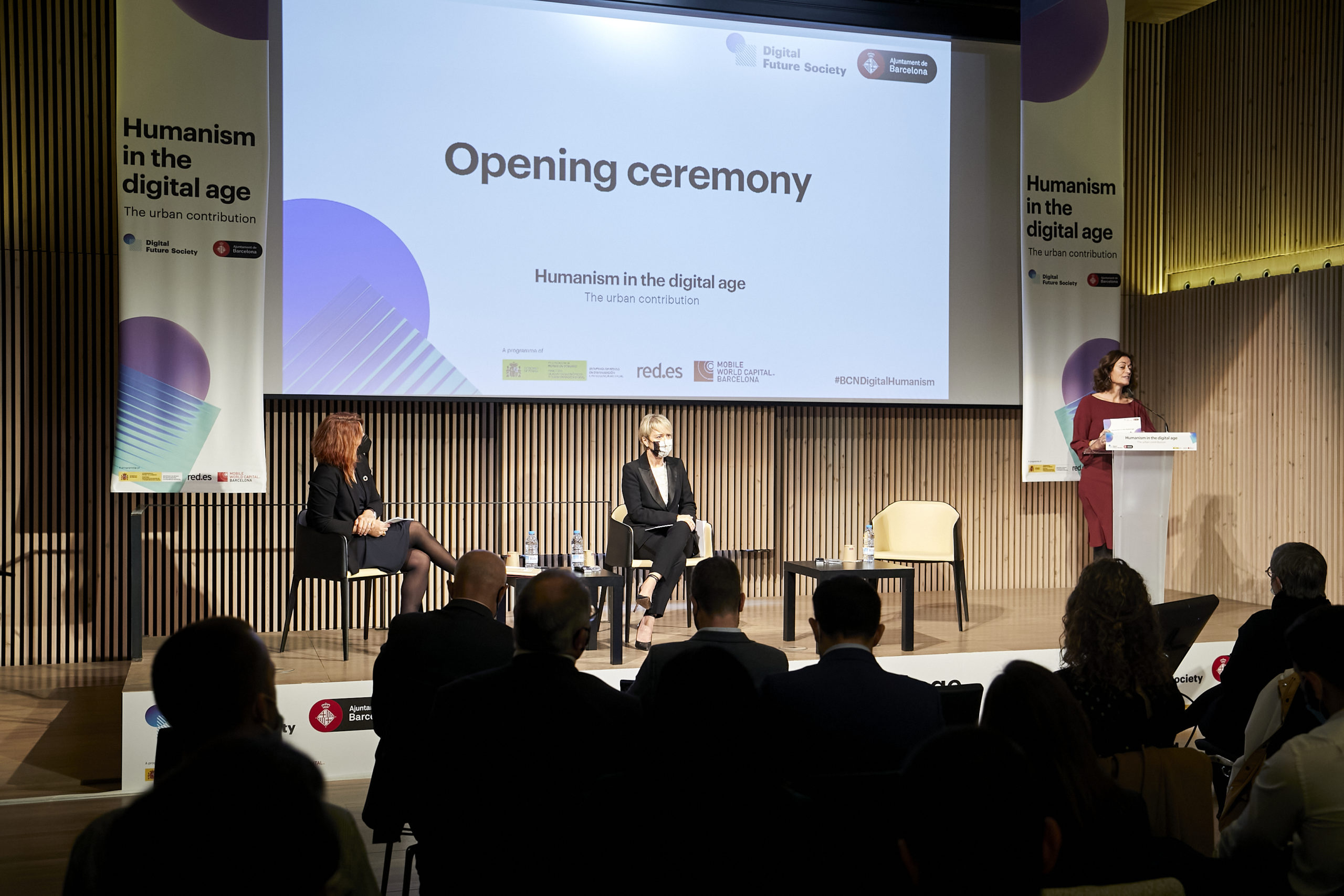 Cities, a key actor in the digital transformation

Cities were, indeed, one of the most commented topics on the event as it is estimated that nearly 70% of the world population will live in urban areas by 2030. How these urban areas will evolve, and what their relationship with technology has been, is and will continue to be a matter of discussion. This was the common ground for the panel held by Sarah Chander, the Senior Policy Advisor at European Digital Rights; Brando Benifei, MEP, rapporteur on the AI Act and Head of the PD Delegation; Amos Tho, Senior Researcher on AI at the Humans Right Watch, and moderator Melissa Heikkilä. They focused on facial recognition technologies and shared ideas on securing responsible uses in urban environments, the type of data used and managed, sensitive data about bodies, genders and racial identities, and other crucial factors that can lead to discriminatory uses of digitalisation. 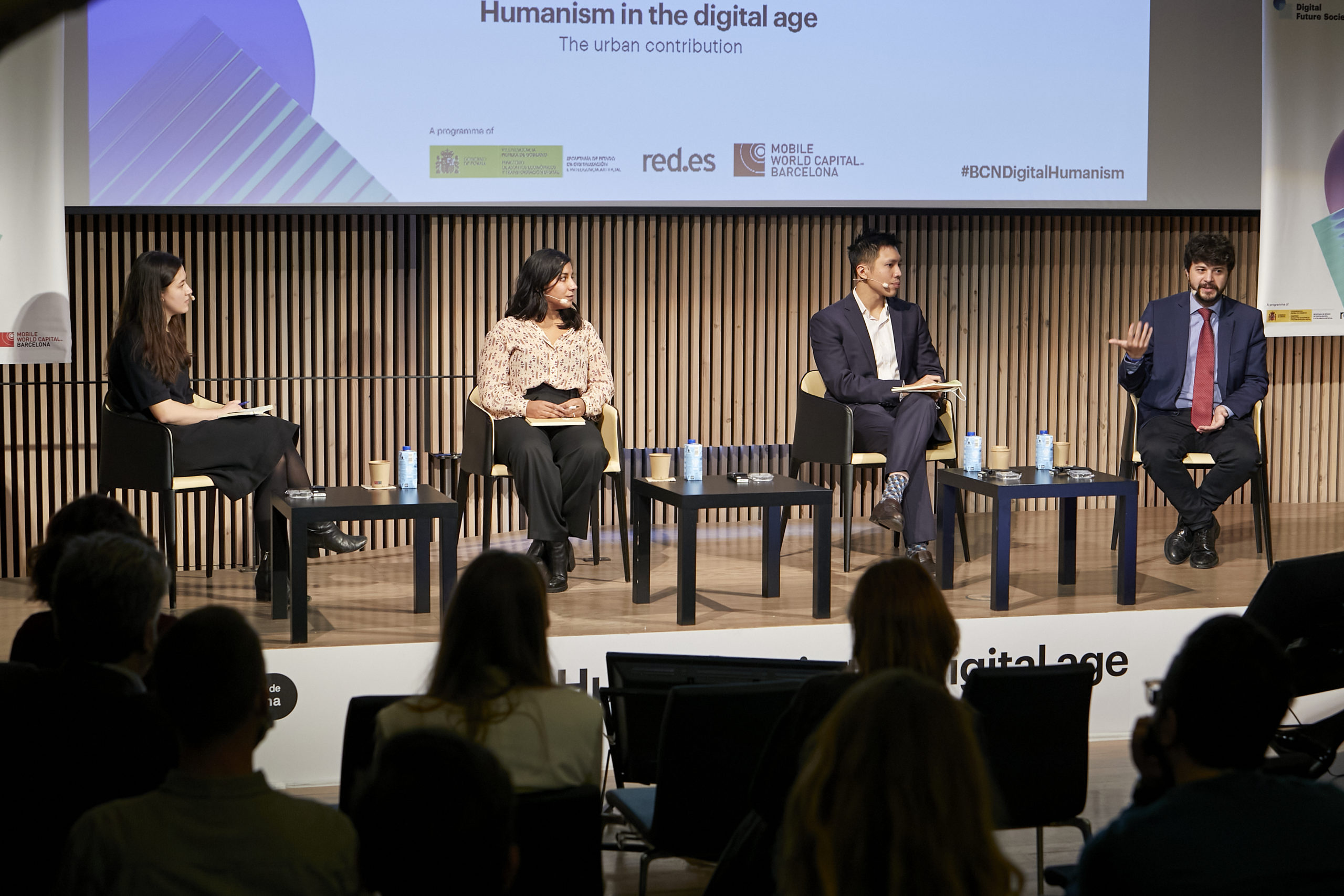 Game-changing minds united in placing the focus on creating an equitable, better and fairer future for all. Carissa Veliz, Renata Ávila, Anne Kaun, Nuria Oliver and Sonia Jorge, amazingly inspiring professionals, researchers and prominent figures in their fields, spoke about bringing digital technologies and connection to everybody, AI in practice and human rights in the digital age. “We have to work together to ensure that AI is the best thing that ever happened to us”, stated Oliver in her speech. “It is a big concern. The power of big tech companies relies on our data. If they didn’t have it, they wouldn’t have so much power”, explained Veliz, who also forecasted that “if China exports surveillance technology, we will have to export privacy technology”. The challenges they presented were from a practical point of view and painted a future of responsibility, legislation and a joined effort to ensure the wellbeing of civil society. 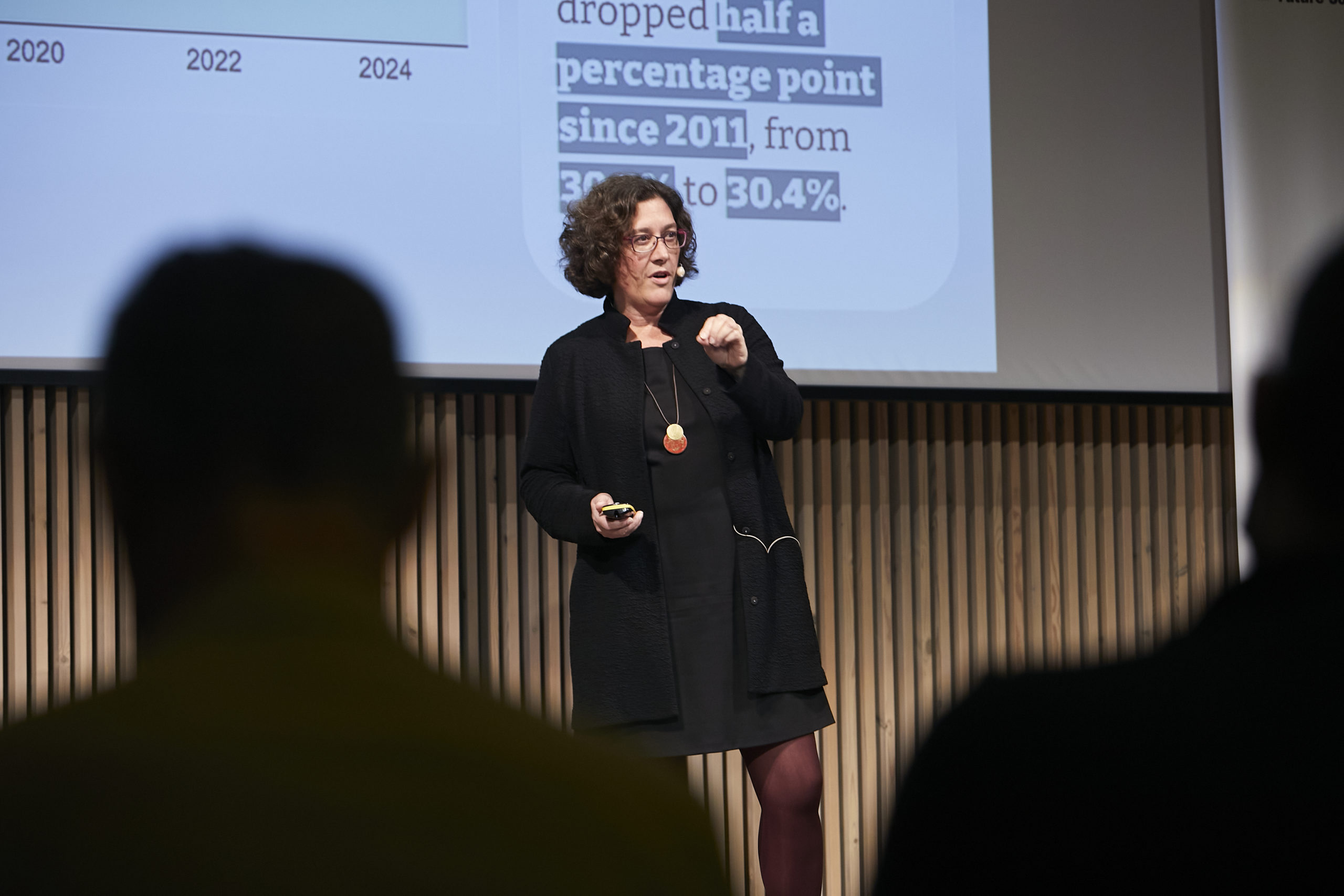 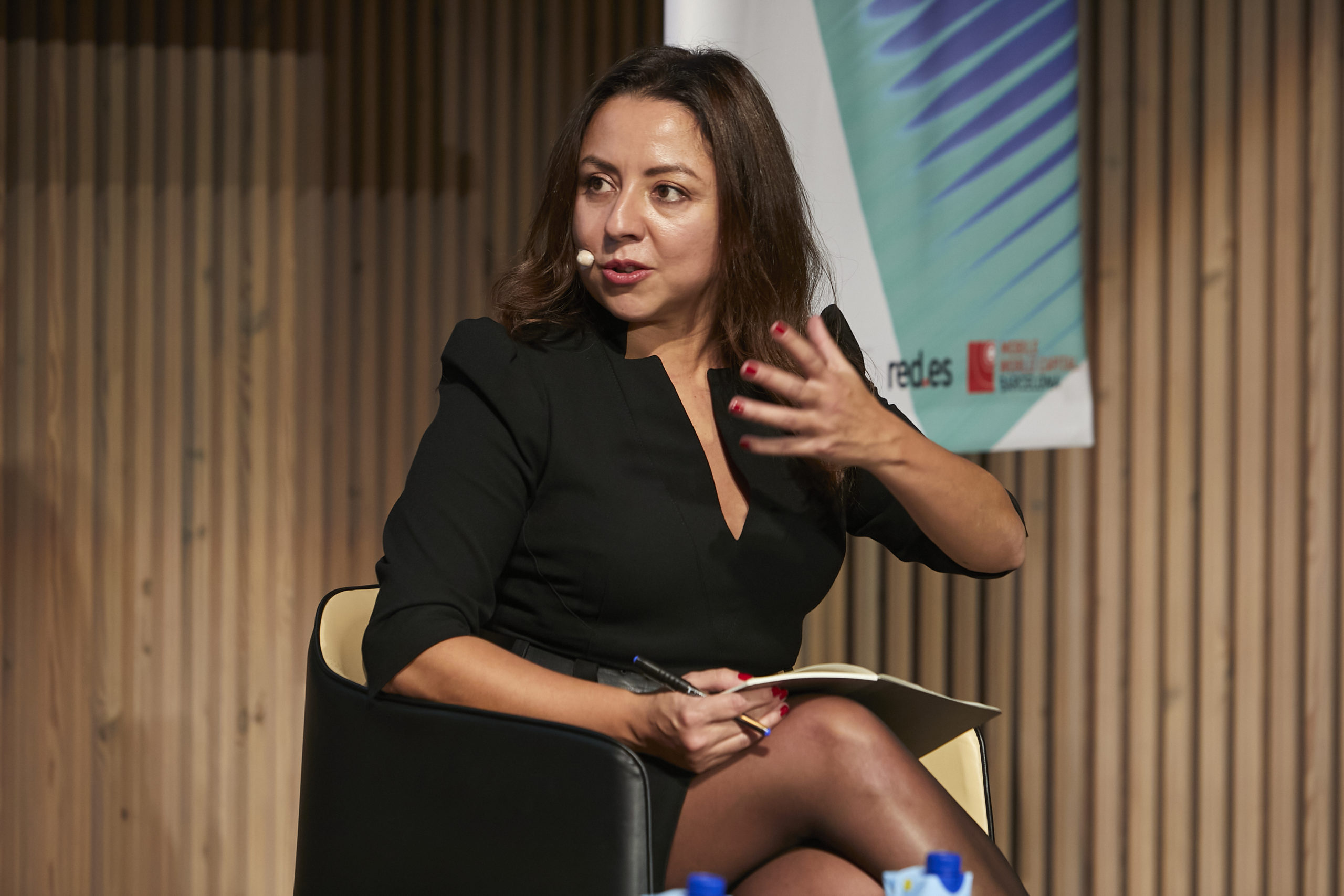 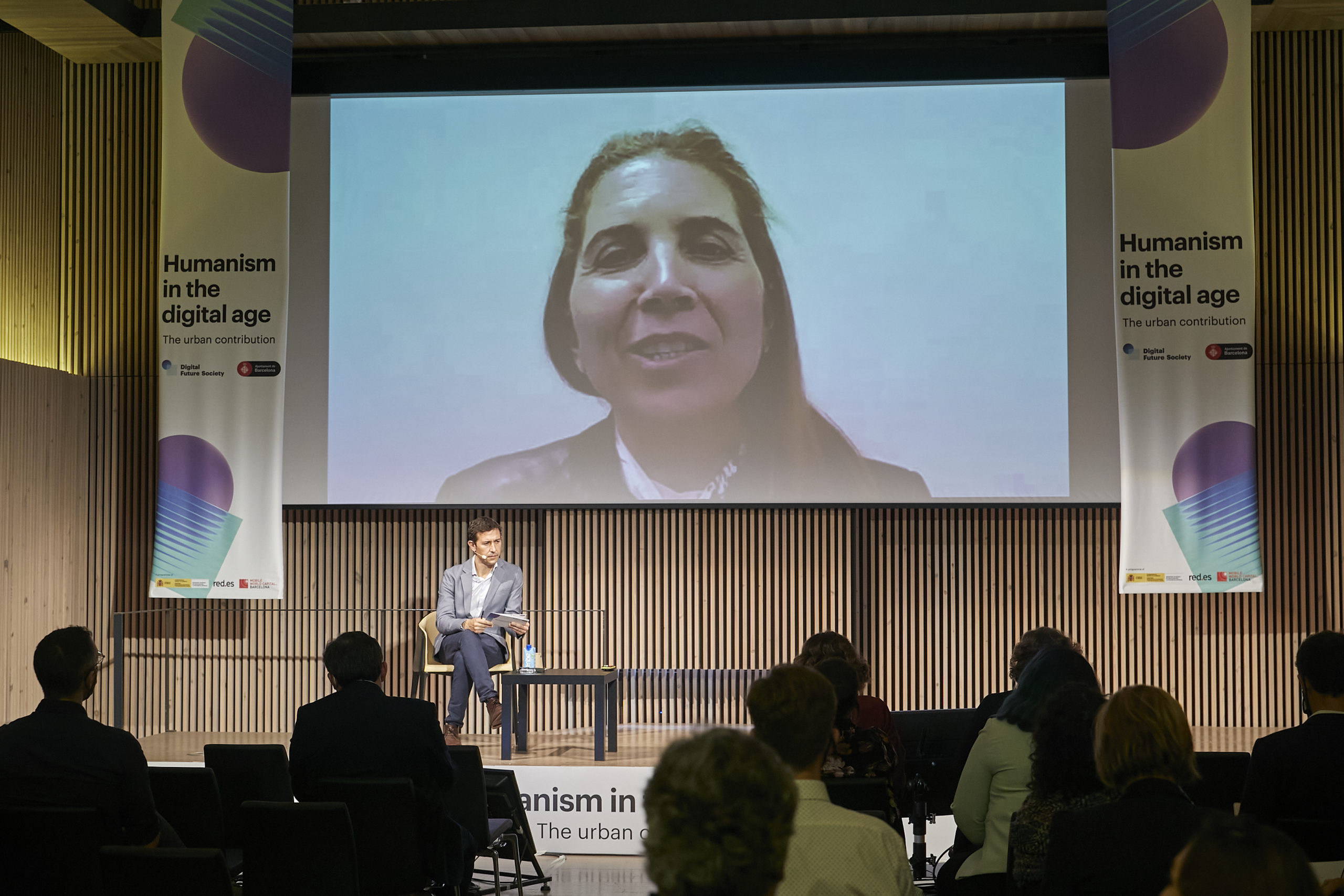 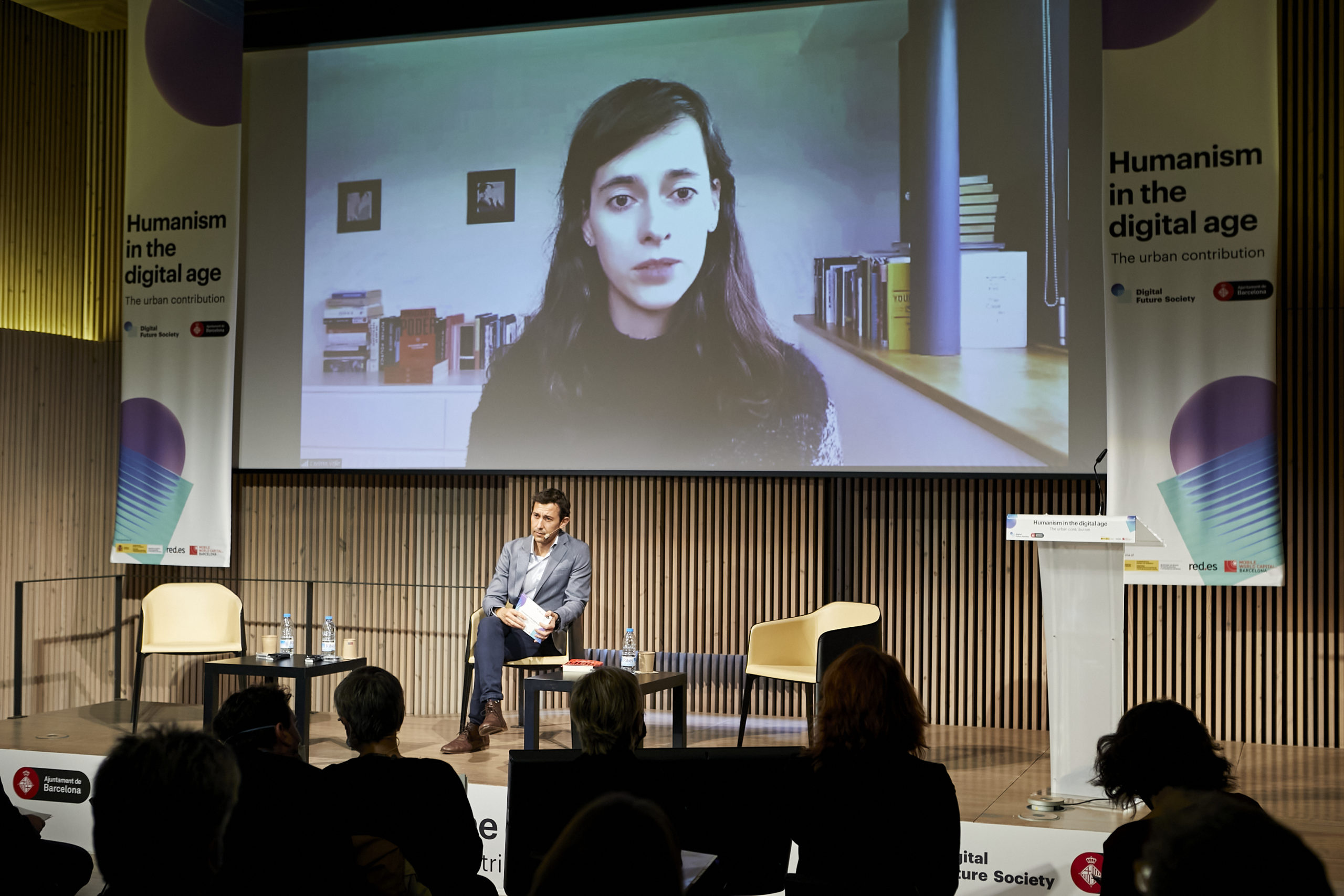 Tasks for the future

Public policies were stated as key to fighting against the digital divide; it was agreed that there is a need to ensure that discriminatory biases like gender, race and class are addressed before deciding how technology should evolve. AI was pointed as a vital matter to monitor; the opportunities and risks at stake were made visible in talks about algorithm democracy and digital rights, a universal issue to be discussed seriously to ensure citizens’ protection and privacy. The closing conference, held by Michael Donaldson, Barcelona City Council CTO and Carlos Grau, Mobile World Capital CEO, concluded the event with many conversations to be continued. 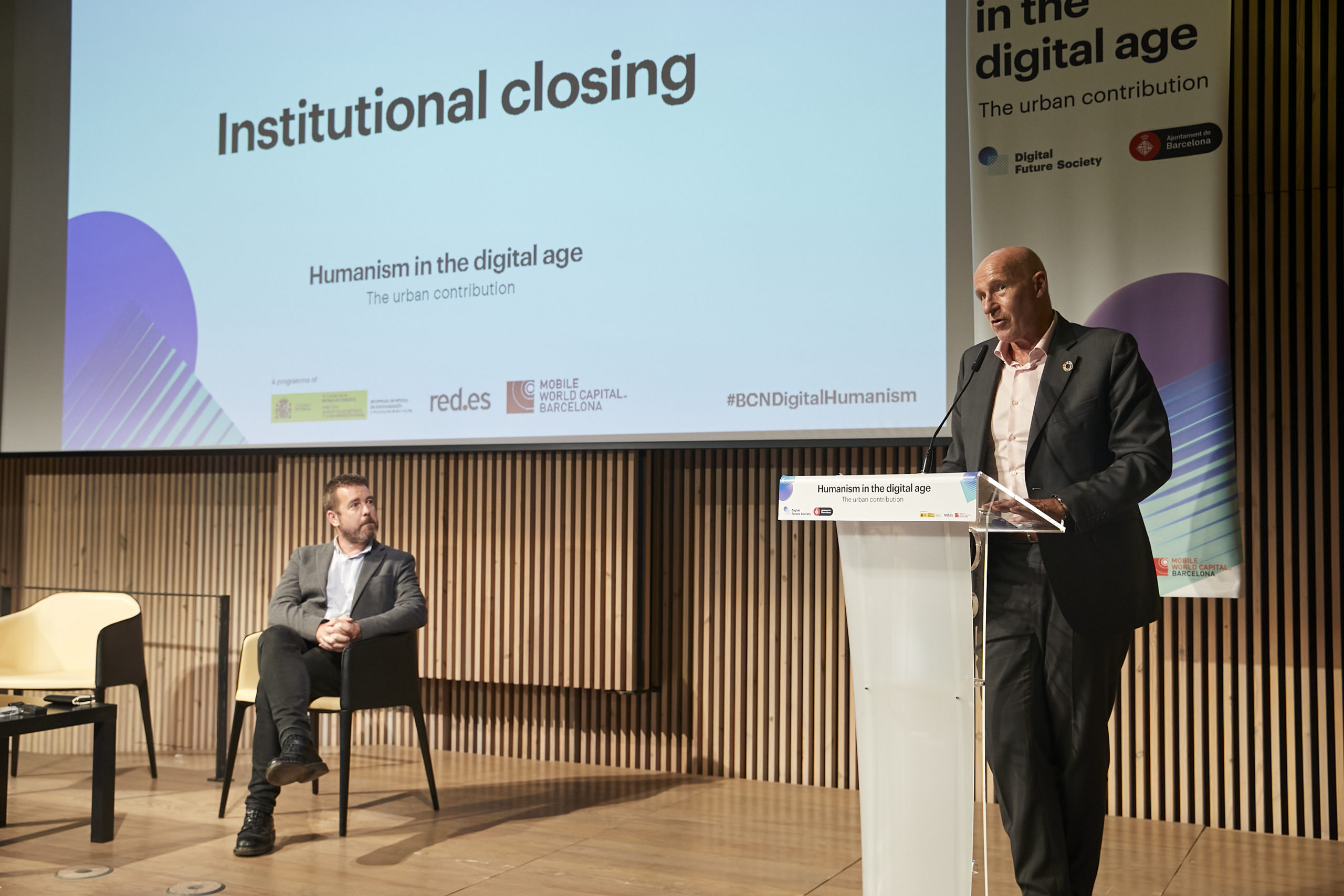 “Humanism in the Digital Age: the urban contribution” was a gathering of game-changing ideas, but most of all, it was a wake-up call for a time of digital awakening and a moment to realise that the only path to the future is the one that welcomes everybody.