What is the evolution of poverty worldwide nowadays?

Are new approaches necessary in international development and which are the main innovations at the moment?

Can technology help alleviate poverty and can you give us some examples of tech solutions to reduce poverty?

In an article in Time magazine, Ray Offenheiser, President of Oxfam America, said that even if international aid is as relevant as ever, the driver of development progress is the functioning development compact between active citizens and effective, accountable governments. Do you agree on that?

Can technology also be useful in that sense, and how?

Stanford University is using machine learning to understand and predict crop yields in soybeans in the US. Following Stanford's professor Marshall Burke: "If we have a model that works for US soybeans, maybe we can train that model for areas with less data." How efficient can artificial intelligence be in mitigating poverty and improving people's lives?

What's in it for big tech corporations?

Kam Morshed is the Senior Director of BRAC's Executive Management, BRAC being the largest non-governmental development organisation in the world in terms of number of employees. As such, Morshed leads BRAC's efforts to establish evidence generation, policy analysis and response, become industry 4.0 ready, support young men and women to look for safe jobs abroad, and build a sustainable partnership with the government.

His team uses technology to support data-driven decision making for BRAC's more than 100,000 staff and “reimagining the services that they are offering and how they are delivered to people living in the most marginalised and hard to reach situations”.

What is the evolution of poverty worldwide nowadays?

The world has experienced a steady decline in poverty since 1990. The World Bank estimate shows that the number of people living on less than $1.9 a day has reduced from 1.9 billion to 734 million; as the percentage of the global population, the reduction was from 36 per cent to 10 per cent.

Of these 1.2 billion people who escaped extreme poverty about a billion were from either India or China. However, when the countries in Asia reduced their poverty rate, the rate in many countries in sub-Saharan Africa worsened. In 1990, 52% of the world’s extremely poor people lived in countries in the East Asia and Pacific region; in 2015 they represented 6%.

Even worse, as the global rate of poverty reduction is slowing down, even before the COVID-19 epidemic, there was widespread speculation that many of these countries may not reach the 3% target by 2030.

The COVID-19 pandemic devastated our economies and our lives. The economic impact may increase the global poverty rate for the first time in three decades. The World Bank estimates that the ongoing crisis will erase almost all economic progress made in the last five years.

Are new approaches necessary in international development and which are the main innovations at the moment?

In the context of growing anxiety about meeting SDG 1 targets and the devastating impact that the ongoing pandemic will likely have, there is palpable urgency about aligning the development discourse to enable nations to formulate countermeasures. The discussion about the sustainability of development and poverty reduction has gained new currency these days. Fragility introduced by jobless, rootless, and ruthless development is more evident than in the past. Tools such as the multidimensional poverty index of the ‘Oxford Poverty & Human Development Initiative (OPHI)’ to measure both economic and social dimensions of poverty are being used more extensively.

The 2019 Nobel Prize win by Abhijit Banerjee, Esther Duflo and Michael Kremer is recognition of a new experiment-based approach to fight poverty. Their technique divides global poverty issues into smaller, more manageable questions, which are then answered through carefully designed experiments among the people most affected, specifically digging down to the household level.

Data deficiency was already considered a major obstacle to poverty reduction – not having timely data on the effectiveness of anti-poverty intervention hampers planning, implementation and monitoring. It becomes an even more significant obstacle in the new endeavour to analyse and address poverty at the household level. Disaggregated data by region, sex, profession etc is an essential part of modern design. The ‘data revolution’ which the business world has harnessed is now more needed than ever in development.

Can technology help alleviate poverty and can you give us some examples of tech solutions to reduce poverty?

Technology, primarily digital technology, is playing a critical role in reducing poverty and can be instrumental in attaining SDG 1 targets. We have seen how digital financial services (DFS) provided by companies such as BKash has increased mobility of labour and reduced transaction cost and is now a proven tool to fight against poverty in Bangladesh.

In the face of increasing economic and non-economic inequality, digital channels such as Khan Academy are proving effective. Mobile-based health consultation or telemedicine, and the growing number of mobile applications for agricultural news, marketing and crop scouting are examples of e-services reaching the hard to reach.

In these unprecedented times, a significant segment of informal businesses could survive by going digital, through e-commerce, f-commerce, DFSs, and distributed delivery networks managed over the internet. In Bangladesh, these transitions have meant the rural producers of seasonal fruits like litchi did not have to suffer from market failure due to economic lockdowns. BRAC mobile-based health screening for COVID-19 and psychological support platforms are mostly used by the economically disadvantaged segments of the society.

In the new world of physical distancing and restrictions on large gathering, I expect technology to play a critical role in defining the new normal. How production is marketed, services are rendered, workers are employed, payments are made, and even organisations are shaped will depend on technology penetration, availability, affordability and learning agility of all members of society. The division of power among various stakeholders of the economy will be mediated by such technological elements as well, requiring us to identify and ensure access to the right technology to the disenfranchised.

In an article in Time magazine, Ray Offenheiser, President of Oxfam America, said that even if international aid is as relevant as ever, the driver of development progress is the functioning development compact between active citizens and effective, accountable governments. Do you agree on that?

Yes. I fully agree with Mr Ray Offenheiser, the ex-President of Oxfam America and the distinguished board member of BRAC, USA.

We need institutions to mediate a development compact that determines how all-important decisions like targeting, programme design, and impact monitoring to be done and to attain what goal. However, the capability, credibility and accountability of these institutions mostly decide the efficiency of such mediation. If the institutions are not responsive or accountable to the people, development interventions fail. Aid can be used smartly to bolster various components of institutions and to empower the citizen to participate in such institutions fully and can make ‘real’ impact in forwarding the anti-poverty agenda.

In this context, Acemoglu and Robinson emphasised in their book “Why Nations Fail: The Origins of Power, Prosperity and Poverty” that sound institutions are the key factors that determine the course and extent of development for a nation, more than a country’s natural resources, geographical advantage or disadvantage, and development aids. 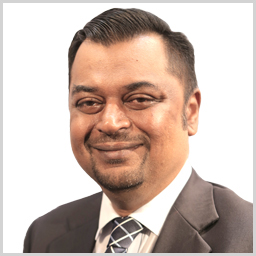 Can technology also be useful in that sense, and how?

Yes, of course. Many of the e-governance initiatives across the developing world attempted to improve capacity, credibility and accountability of institutions. Most failed however, due to various reasons including improper use of aid resources.

The failures of the first generation ‘turn-key’ technology that left a cadre of local techpreneurs and experts scratching their head and the need for better institutions ultimate spurred the emergence of the second generation e-governance initiatives. This second-generation locally-led, frugally designed, and ‘low-tech’ solutions are doing wonders to improve the capacity of the institutions to engage more citizens effectively.

These institutions are now using digital means to improve service production, delivery and monitoring drastically. The integrated ‘one-stop service points’ across countries are helping to improve accountability, affordability and accessibility of public service. Web/virtual presence in decision platforms facilitates participation while open data access is bolstering trust—overall technology is helping to shape the institutions to mediate a development compact that Mr Offenheiser talked about in his Time magazine article.

Stanford University is using machine learning to understand and predict crop yields in soybeans in the US. Following Stanford's professor Marshall Burke: "If we have a model that works for US soybeans, maybe we can train that model for areas with less data." How efficient can artificial intelligence be in mitigating poverty and improving people's lives?

In Bangladesh, like everywhere else in the developing world, Artificial-Intelligence based applications are being experimented with in the agricultural sector. We are seeing successful use of AI for crop modelling, weather index-based and colour-spectrum based prediction and so on. We are also seeing attempts to use deep learning in triaging and even diagnosing disease. Specifically, blending western historical data with local case data for diagnosing and treating breast cancer in a rural Bangladesh setting has already attracted international attention.

I also feel that there are many AI-based applications which are needed to meet the needs of a data starved country—which may not be even needed in the west. For example, in Bangladesh, where the proportion of smartphones is still much less than 10%, a recent AI-based application that translates voice data to record financial transactions, called Hishab, is showing a lot of potentials. Though a Japanese Electricity Distributor is now borrowing the technology to solve a different problem—this application was primarily designed and inspired by a problem that is very local to many developing countries.

Similarly, to address the perennial problem of assessing ‘creditworthiness’ of a potential of seasonal labour or identifying the eligibility of a person for disaster relief, BRAC, BRAC University and Yale University are developing AI models to utilise cell phone usage data of an individual.

What's in it for big tech corporations?

The ‘Big’ tech corporations in the poverty reduction context have to be ready to move from consumer markets to mass market, from ‘revenue per user’ to ‘revenue at scale’ and form the next mile to last mile. All large corporations know that amid global vulnerability, sustainability is a consequence of scale, product differentiation, reaching to new markets. Penetrating and adapting to the need of the developing country and begin relevant to their need is frankly the only way to reach the next billion or more.