What do we understand by digital colonialism?

How does this prevent countries from developing their own technology?

How much does the centralisation of cloud storage in China and the US impact data sovereignty?

Do you consider this to be a real threat?

Aren't users outside of the US under the de facto extraterritorial governance of Silicon Valley?

Is the power of big tech companies outgrowing the one of states?

Renata Avila is a Human Rights and technology lawyer who works towards an agenda that guarantees the human rights of internet users, prioritizing countries in the southern hemisphere. She also acts as legal advisor in matters related to human rights under the guidance of Baltasar Garzón and is part of the team that defends Julian Assange.

"Technology is politics", she says, "and part of my work is explaining the political dimensions of technology decisions and their impact in society. The role those could play in shaping a better world, tackling inequalities, distributing power, strengthening democracy and opening up creative possibilities". The perpetuation of patriarchy, so Avila, is another risk to society, but she believes that we have the best possible set of tools for our defense: Universal Human Rights.

What do we understand by digital colonialism?

By digital colonialism we understand the deployment of imperial power in the form of new rules, designs, languages, cultures and belief systems serving the interests of the dominant power.

In the past, empires expanded their power through the control of critical assets, from trade routes to precious metals. Today, technology empires control the world through data and the ownership of computational power, often with the active collaboration of the most powerful governments in the world, set out to satisfy their needs.

By collecting personal and transactional data on a scale unprecedented in human history, a few corporate actors have the power to shape society.

How does this prevent countries from developing their own technology?

The Tech Empires made us believe that there is no alternative and that any locally produced software, hardware or App will not be as good, as fast, as efficient. On top of that, the dependence transcends the individual. Most governments around the world are highly dependent on just a few companies to run critical digital infrastructure protected by global trade rules. A country, when deciding to protect and subsidise its tech sector, can get into a serious international trade dispute. The same happens with procurement rules if a government chooses to buy from their local tech providers.

Citizens will undoubtedly get better, cheaper products from the global giants. But what is the cost of digital dependency in the long term?

All these can be tackled with better public sector funding to digital social innovation, creation of global cooperatives to revert the model of power concentration, change of procurement rules favouring privacy and security and, above all, a different business model not based in data extractivism.

Absolutely, but I will go one step further. It does not happen in the Global South alone. Millions of children in developed economies have been using private learning platforms from tech giants, especially during the pandemic.

One example is what is going on now with digital education. By allowing massive digitalisation of the classroom, countries are giving away the opportunity to use big data and sophisticated analysis to improve the quality of their education systems and to develop artificial intelligence systems interconnected to other public information.

It not just about the kids’ privacy. It is an accelerated and subtle form of privatising the future of education basically by expropriating the possibility of making it work better, locally.

On top of that, those products are designed with the racial and gender bias of one country, now exported everywhere. Unless the parents fight back, as they did in Barcelona.

Do we want our children to be educated, scored, classified by systems we cannot audit? By insecure systems mining their data? By biased systems that might determine that my daughter is not eligible to study the career of her choice? 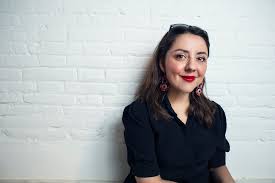 How much does the centralisation of cloud storage in China and the US impact data sovereignty?

It is a barrier to competition. That’s why the race to connect the next billion, and the race to lead the implementation of 5G are so crucial for both countries. The one who wins will dominate the future, globally, if the ecosystem and the business model, surveillance capitalism, remains unchanged.

It could even evolve into a more perverse form of domination, which I describe as “techno-brutalism”. The main purpose, once you dominate the market might be to dominate the people, with technology that responds to profit and efficiency.

During the last GovTech summit held last November, Angela Merkel emphasised the need of a European Computing Cloud to avoid, for example, losing control of data through geopolitical tensions. Do you consider this to be a real threat?

Absolutely and it has been a threat for a long time. I am surprised it took so long to act on it. Europe has been so slow, even if it had all the resources to take bold steps against digital colonialism.

It is not only a matter of security and sovereignty. Without access to a decent amount of data, the EU cannot really fulfill its AI potential and benefit their industry, governments and social sector.

It will be essential to study the EU tech response to the COVID crises and the role the cloud, especially the health data cloud played on it.

Europe developed the GDPR which is considered to be one of the most advanced regulations in the World regarding data protection but, aren't users outside of the US under the de facto extraterritorial governance of Silicon Valley?

Precisely. And the GDPR is a patch in a broken business model. Expensive to enforce, slow to fix the problem. Too slow.

And I am afraid that the post COVID 19 recovery plan will place global e-commerce rules at its core, accelerating international trade regulation that will consolidate the US model over the EU one at the next WTO summit.

Is the power of big tech companies outgrowing the one of states, and how does this impact society?

This is not new, especially in the case of weak states. And it is not unique to Big Tech.

Some oil and pharma companies have more power than entire countries. What is different today is that, for the first time, this dominance also poses a threat to powerful, developed countries and their industries, democratic systems and even the key infrastructure they need to manage an emergency.

The scale of the phenomenon and the sensitive areas it touches, from elections to infodemics, make it impossible to ignore. But to me the problem is that the EU and other instances are addressing the symptoms, for example, trying to neutralise Big Tech with antitrust laws, and not the disease, the business model they extract value from. A possible, different future needs to be drafted, approved, funded and implemented.