Over the last three years, the term humanismo tecnológico (technological humanism) has become increasingly popular across Spain. The phrase has even transcended beyond the realms of philosophical debate that would normally confine a phrase like humanism and has breached into a notable public discourse that spans the political spectrum. The Spanish government uses the concept to frame the new Digital Rights Charter and the city of Barcelona aspires to become the global capital of technological humanism.

The recent proliferation of the concept in Spain raises a number of key issues to consider. These include what does technological humanism mean, why is it attractive to a broad spectrum of political actors and why does the city of Barcelona seek to take global leadership in this area?

This document will provide an overview of how the concept came about, who uses it, how and in what contexts, as well as how it relates to similar terms and phrases and competing narratives on the global stage. It will then build on the Digital Future Society Think Tank’s body of work to offer reflections on what it would mean for Barcelona to become the capital of technological humanism.
[Technological humanism is about …] making possible the development of scientific research and the advancement of new technologies, although without ever having to sacrifice dignity and liberty, which are inherent qualities of the human being.
José Ortega y Gasset
“A model of technological development centred on the human being, that reduces social inequalities and protects human rights, and in which technology is at the service of people and the general interests.” Ajuntament de Barcelona (Barcelona City Council)

It is hard to find a concrete definition shared by all its current champions. Perhaps it is this ambiguity that facilitates its use by a broad range of stakeholders in and across the political spectrum and in a variety of contexts. In general, the term is mostly used as an umbrella term to encapsulate a variety of issues and is frequently followed by the motto putting people at the centre of technological development and developing technology at the service of citizens.

The current use of the concept in Spain is closely associated with specific individuals from across the political spectrum. Jose María Lassalle, Secretary of State for the Digital Advancement of Spain in the Partido Popular (Popular Party) government from 2016 to 2018, and author of several books and articles on the topic was one of the first public figures to start using it in a significant way.

Also, while debating the role of cities in dealing with global challenges at the Smart City Expo World Congress in November 2021, the Barcelona en Comú (Barcelona in Common) Mayor of Barcelona, Ada Colau, and Francesca Bria, President of the Italian Innovation Fund and Former Chief Digital Technology and Innovation Officer of the city of Barcelona discussed the role technological humanism can play in fostering a “technological, democratic and social agenda at the service of the common good as the way forward”.

In the English language, technological humanism is not as widely used as the related concept digital humanism. Even if there is no easy translation, the rise of the concept of technological humanism in Spain and the discussion generated around the concerns encapsulated in the term, mirrors the rise of critical voices in other countries that are, with a sense of urgency, raising awareness of the risks related to current technological developments. Of all the exponential technologies, it is the expansion of artificial intelligence and certain applications, specifically the use of algorithms and automated decision-making systems, together with the vast financial power of the largest tech companies, and the rise of the data and attention economy across different spheres of our lives that have raised ethical questions and spurred critics to sound the alarm. This is illustrated by the significant body of academic literature, media reports, and initiatives relating to concerns over the impact technology is having on society. Digital surveillance, disinformation, and algorithmic injustice lie at the heart of many of the concerns expressed by critics. 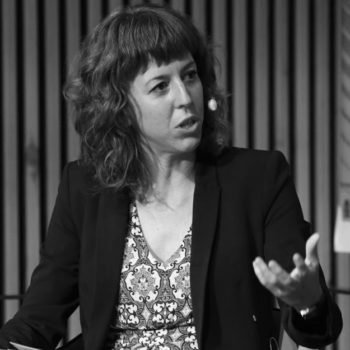