An overview of your work

Why consider the ethics of smart cities?

Which should the ethical pillars be?

How can we avoid it?

Will smart cities improve our quality of life?

How can they support democratic values?

Rob Kitchin is a Geography PhD, professor and ERC Advanced Investigator in the National Institute of Regional and Spatial Analysis at Maynooth University. He is currently a principal investigator on the Programmable City project (funded by theEuropean Research Council) and the Building City Dashboards project (funded byScience Foundation Ireland; also see Dublin Dashboard). His research has spanned a number of interrelated domains which include software, big data, smart cities, the Internet and cyberspace.

Could you give us an overview of your work?

My research focuses on how software and data are reshaping how cities are managed and governed, and how digital technologies are transforming everyday life. This has principally been conducted through two funded projects. The Programmable City project, funded by the European Research Council, and the Building City Dashboards project, funded by Science Foundation Ireland. The former researched the consequences of adopting smart city technologies, the latter is investigating urban informatics and developed a suite of tools for visualising and analysing urban data, including 3D and real-time data.

Why should we consider the ethics of smart cities?

Smart city technologies work by generating, analysing and acting on vast quantities of data. In many cases, these data are personal in nature and concern our actions and movements. These data are used to perform a variety of functions, including managing, governing and predictive profiling people and places. The data can be used to social sort (rate and make decisions about) and redline (exclude) people from public and private services, or nudge them to act in certain ways.

The data can be used to social sort (rate and make decisions about) and redline (exclude) people from public and private services, or nudge them to act in certain ways.

In other words, there are questions of power, govern mentality (how logics concern how society is governed) and citizenship (what rights citizens have) at stake. This inevitably leads to ethical questions about what kinds of smart cities we want to create and how should smart city technologies we configured and regulated.

Which should be the ethical foundation stones in the planification of smarcities?

This is a difficult question to answer because there are number of different theories of social justice and citizenship, and which conceptualisation is adopted has an effect on our understanding of what is ethical.

The notion of ‘technological sovereignty’ adopted by Barcelona commits the state to all of these ideals in how it uses technologies in its work.

In my view, we need to start to think about issues such as equity, fairness, democracy, transparency, accountability, participation, and embedding these into the development of the tech and the programmes of city governments, so that we produce smart cities that primarily serve the interests of citizens not simply states or companies. This is well captured in the notion of ‘technological sovereignty’ adopted by Barcelona, which commits the state to all of these ideals in how it uses technologies in its work.

What are the main smart cities issues regarding data privacy and security?

The key issues with respect to privacy is that a massive amount of data is being captured about us as we go about our daily lives, often without notice and consent or the ability to challenge its generation. This raises a series of privacy and predictive privacy harms given that the data can be used in a variety of ways, not always in our best interests. In terms of security, the issue is that any digital technology that is networked is open to being hacked. In other words, smart city technologies create a number of cybersecurity issues with respect to urban infrastructures. 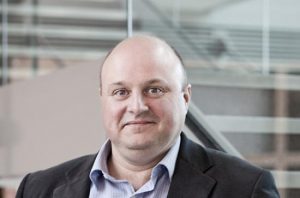 Is hacking a smart city a science fiction scenario?

Hacking cities is very much a reality. There are number of examples of urban infrastructures being hacked, either disabling them (such as traffic lights, rail networks, water treatment plants, power stations) or data being stolen (hacking local government systems) or ransomware attacks (both public and private providers).

Hacking cities is very much a reality.

How can we avoid it?

There are only two real options. Either making a decision to keep some critical infrastructure offline, or at least air-gapping them from other systems. Or, increasing cybersecurity and getting better at protecting systems from attack. The former is difficult because there are perceived advantages to being networked, including being able to use real-time data and machine learning in order to increase efficiency, productivity, and to optimize systems.

Will smart cities improve the quality of life of the people living in it, and the standards of inclusivity and equity in our society?

Yes and no. There is no doubt that technology does have a positive impact on our lives. Traffic would not move in most cities without a real-time traffic control room. We like the convenience of different technologies – the instant access to information, to be able to manage our movement on-the-fly, to be able to perform tasks more easily, to access platform services, etc.

That means actively thinking about what kind of smart cities we want and putting in place ideals and regulations that ensures that is more likely to happen.

The majority of people would not have a smartphone and use it to manage their lives if they didn’t feel they were getting a benefit. But they also come with some downsides. For example, we trade privacy for convenience. They are used to profile, socially sort, govern, etc. The key thing is to get the balance right. To try and minimize the pernicious effects and maximize the benefits. That means actively thinking about what kind of smart cities we want and putting in place ideals and regulations that ensures that is more likely to happen.

How can governments make sure smart cities enhance the core values of a democratic, sustainable, equitable society?

By taking a pro-active role that puts in place procedures that ensure smart city initiatives adhere to expected principles and values. That means doing things like technology impact assessments, ensuring compliance with established ethics protocols. There are a couple of things that make this tricky. First, there are lots of competing interests trying to shape what governments do.

If we want smart cities that are democratic, sustainable and equitable then we need to convince these constituencies, along with the citizens/electorate, that this is what they should be striving to achieve.

My vision for an ideal smart city is not necessarily one shared by business or other stakeholders – and government also has to serve them given they are vital to the economy. Second, government policy is shaped by politicians and political ideology, which again will push a particular vision for society. If we want smart cities that are democratic, sustainable and equitable then we need to convince these constituencies, along with the citizens/electorate, that this is what they should be striving to achieve. This is not easy given that there are others who are also trying to shape their views. Nonetheless, this is the challenge we need to address.