Are we in time to reverse climate change?

What will the European Green Deal bring by 2050?

Ursula von der Leyen has called the European Green Deal “Europe’s man on the moon moment”. Why is that so?

Which are the tech industry's current main environmental issues, and how should it change from within?

How can each of us as individuals contribute to mitigating climate change from a technology consumption perspective?

Will the European Green Deal be able to stop environmental degradation around the world?

Tim McPhie is the spokesperson for Climate Action and Energy at European Commission, the institution responsible for the European Green Deal which has set Europe on the path to climate neutrality by 2050, the efficient use of resources by moving to a clean, circular economy, and restoring biodiversity as well as cutting pollution. The plan also outlines investments needed and financing tools available. Whereas some call it an unrealistic plan, McPhie is positive about tis success “which will persuade our international partners to make the same changes.”

Are we in time to reverse climate change?

At this stage, ‘reverse’ is not really the right word for us to be using. The scientific consensus is rather that we must urgently mitigate the most severe impacts of climate change by reducing emissions of greenhouse gases into the atmosphere. That is why 195 countries signed the Paris Agreement in 2015, committing to keep the increase in global mean surface temperature to well below 2° C, and to pursue efforts to limit the increase to 1.5° C. The EU is playing a leading role in this global effort through the European Green Deal, which aims to increase climate ambition at home and abroad, and to make Europe the first climate-neutral continent by 2050.

What will the European Green Deal bring by 2050?

The European Green Deal is the EU’s growth agenda and its plan to make Europe’s economy sustainable. It is about ensuring the health and wellbeing of citizens all over Europe. It is a transformative agenda which brings together different policies to tackle climate change, reverse biodiversity loss and eliminate pollution by building a more circular economy in Europe. Becoming climate-neutral by 2050 will be enshrined in a Climate Law that will ensure that all EU policies contribute to this goal and that all sectors of the economy and society play their part.

Against the backdrop of the coronavirus pandemic, the European Green Deal is also a key driver of Europe’s economic recovery. We have a track record in Europe of cutting emissions whilst growing the economy, and this is the foundation for our continued work. The Green Deal is a roadmap to combining increased climate ambition with economic prosperity and sustainable growth. 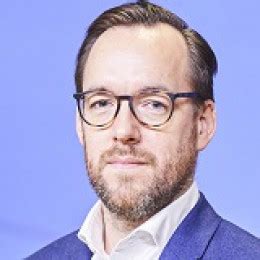 Ursula von der Leyen has called the European Green Deal “Europe’s man on the moon moment”. Why is that so?

Just as putting man on the moon was a ‘giant leap for mankind’, the Green Deal too represents a historic moment. It requires us to change fundamentally the way we have been doing things, and to re-imagine our future for the good of our people and our planet. It is a unique chance for Europe to transform its economy and to leave behind policies which do not respect the impact of our actions on the planet which sustains us.

Achieving a climate neutral and circular economy will require us to develop breakthrough technologies in key industrial sectors by 2030.

Priority areas include clean hydrogen, fuel cells and other alternative fuels, energy storage, and carbon capture, storage and utilisation. We cannot do this without investing in research and innovation.

Via a dedicated Horizon 2020 programme worth close to €1 billion, the Green Deal will mobilise research and innovation to support a just and sustainable transition. Horizon Europe will develop a new wave of research and innovation partnerships with Member States, partner countries and industry in key sectors such as clean steel, clean hydrogen, and carbon neutral and circular industry, to name just a few.

There is a clear need for strong synergies between the green and digital transitions the EU is embarking upon, and the digital sector, including big tech, has a crucial role to play in the decarbonisation of our economies. Digital technologies are a critical enabler.

The Commission will explore measures to ensure that digital technologies such as artificial intelligence, 5G, cloud and edge computing and the internet of things can accelerate and maximise the impact of policies to deal with climate change and protect the environment.

Digitalisation also presents new opportunities for distance monitoring of air and water pollution, or for monitoring and optimising how energy and natural resources are used.

Which are the tech industry's current main environmental issues, and how should it change from within?

ICT companies will play huge role in the whole process and we need full engagement from them. Europe needs a digital sector that puts sustainability at its heart.

The Commission will consider measures to improve the energy efficiency and circular economy performance of the sector itself, from broadband networks to data centres and ICT devices.

The Commission will also assess the need for more transparency on the environmental impact of electronic communication services, more stringent measures when deploying new networks and the benefits of supporting ‘take-back’ schemes to incentivise people to return their unwanted devices such as mobile phones, tablets and chargers.

How can each of us as individuals contribute to mitigating climate change from a technology consumption perspective?

Climate change concerns all of us, and everyone can take action. If everyone makes small changes to their behaviour, we can make a huge impact.

When it comes to the way we consume technology, we should think in terms of a circular economy – repairing, reusing and recycling wherever we can. We should stop thinking about technological products as being disposable.

We can donate old electrical equipment, for example to schools or community centres, so that others can reuse them; buy rechargeable batteries, and recycle them once they reach their end of life, and take unwanted electrical products to a local collection point or back to the retailer so the valuable resources inside them can be recycled.

Will the European Green Deal be able to stop environmental degradation around the world?

On its own, the European Green Deal won’t be enough. But the goal of the Green Deal is not just to change our economy and lifestyle in Europe but to act as an example and inspiration to other countries around the world. Making a success of the European Green Deal will prove that responsible action on climate change and economic prosperity are not mutually exclusive, and will help to persuade our international partners to make the same changes.