We learn what is like to work as a rider for the mobile delivery applications.

On a walk through any spanish city, there is one scene that keeps repeating. Delivery men with brightly colored backpacks roam the streets on a bicycle, a motorcycle or an electric scooter. The expansion of mobile delivery apps has flooded the streets with a new kind of worker. Riders live glued to mobile phones and it is not uncommon to see them waiting around the doors of the most popular takeaway restaurants.

Their work – or the model under which to regulate it – has been the subject of discussion in recent years among legislators and experts. The debate is also open within the union itself. But the reality of these workers is full of diverse experiences and nuances.

We have confirmed this by making this chapter of the podcast. From the conversations we have mantained with them (which took place in Barcelona during November and December 2020) we have selected several particularly interesting testimonies.

The first Rider we spoke to, Juan Carlos, explains the demands of this job. Not only for the physical effort, but also for the mental. A day in the life of a rider can be strenuous.

We also spoke to the rider Trina, who describes the relationship with the apps clients as not always easy. Sometimes, when delivering, they have to face abusive behaviour.

With Trina, Juan Carlos, Sandesh and José Francisco we have learned the different ways of using each app, or those aspects that algorithms tend to overlook and that can make the life of riders quite difficult.

We also talked about the (still) low presence of women in this sector. And about the foreign origin of most of the delivery men. Lastly, we address the phenomenon of ‘rented’ accounts between riders.

Sandesh arrived in Spain a few months ago and found his first job in the country in delivery apps, but irregularly.

To contextualize the workers’ testimonies, we spoke with Olivia Blanchard, a researcher at Digital Future Society Think Tank. Blanchard tells us about a sector that does not stop growing, but for which there are no official data on the number of workers employed in it. 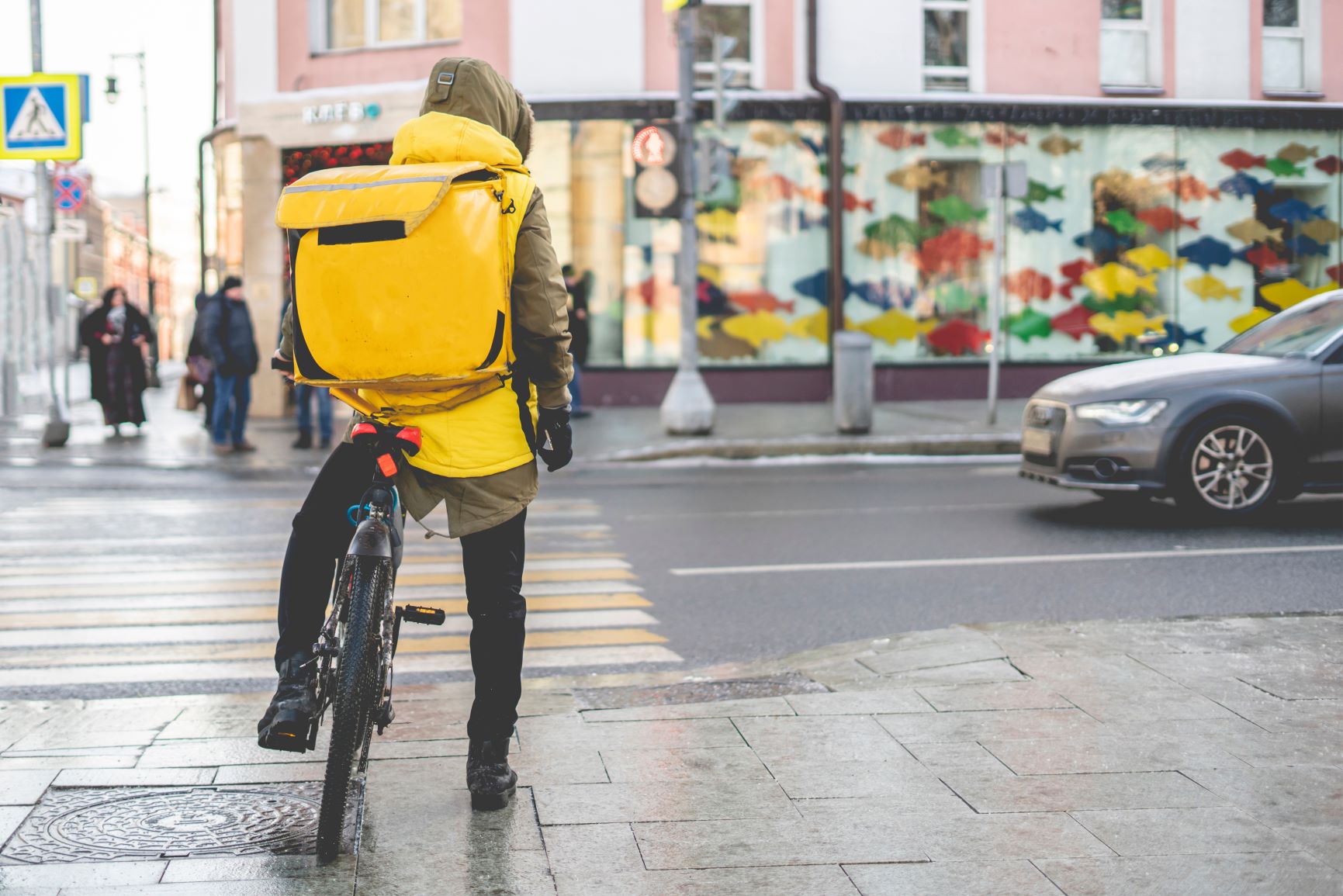 Finally, we interview Pepa Burriel, doctor in Law and specialist in labor law, who gives us some clues about the labor model used in these companies.

All these ingredients are part of the first episode of ‘The platform and I’, a podcast made to discuss the effects of the technological revolution in employment. Hit play or download the full chapter on your phone!

Listen all the episodes of de La plataforma y yo

Digital platform work in Spain: what do we know? | Digital Future Society

Spain has the highest volume of people working through online platforms in Europe with around 2.6% of the working population relying on digital platform work as their main form of employment. Widening the focus to include all who sporadically engage in platform work, however, sees the figure go up to 18%.

The COVID-19 pandemic has accelerated trends in the digital economy that were not anticipated for another five or ten years and has upended daily life, introducing new social dynamics and consumption patterns. It has marked a turning point in many areas of our personal and collective life. One of the sectors that have been most affected is the digital economy, with special regard for the platform economy.